Students from across the country battled it out to become national champions in the English Colleges Football Association Pan Disability Finals on the 1st July.

The Shipley College team who are Foundation Level students, had a sense of excitement and hope as they travelled down to the one-day event which was held at the prestigious St George’s Park in Staffordshire – the national centre for English football.

After beating teams from Calderdale, Lancaster and Truro, Shipley had finished runners up and had made it to the semi-final.

The team went from being beaten finalists on their debut last year, to beating the defending champions Birmingham Metropolitan College in a dramatic semi-final penalty shootout.

Shipley faced Walsall College in the final – a team who had remained unbeaten in all of the qualifiers – but they raced into a 4-2 lead by half time. The final whistle was met with wild celebrations!

Damian Butters from Essential Skills commented ‘the students did the college proud and they gave everything! To see their faces at the final whistle will live long in my memory.’

Well done to our students and all the staff who have supported them in their exciting journey. 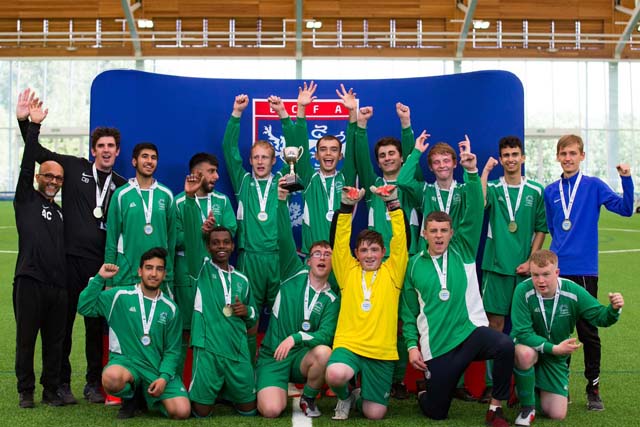